Living space or habitat for rare and endangered species

In the forests of the National Park there are rare and endangered species that can only survive in forests that are close to natural. These forests look quite different from managed forests as they feature both young and very old trees, standing and lying dead wood and large root plates. Particular attention is paid to threatened species such as the rare three-toed woodpecker or nocturnal owls such as the boreal and pygmy owls by research programmes conducted within the National Park. The scientific teams have also got their eyes focused on uncommon insects as they are often a sign that the forest is developing naturally. For example, in the relatively old forest areas, such as on the Hoher Ochsenkopf mountain and in the area of the Wildsee lake, one long-term project is researching beetles that live specifically in dead wood, thus making it possible to examine how the diversity of species develops when the forest becomes increasingly natural. Rare plant species, particularly mosses and ferns, are also part of the research programme in the National Park.

The capercaillie has played an important role in the cultural history of the northern Black Forest. For instance, it appears on the district of Freudenstadt’s coat of arms. But in recent decades, the numbers of this impressive large bird have severely declined everywhere. One of the largest capercaillie populations in the Black Forest can be found in the National Park. Researchers are monitoring their development closely, for instance, observing the numbers of chicks being raised to ascertain whether they can survive here in the long term. Closely studying their habitat preferences in the National Park is also important so that protection measures can be put in place in these specific areas.

Paradise for fungi: research in the Wilder See protected forest

In the oldest forest in the National Park at the Wilder See, nature has been left to its own devices for over 100 years, thus making it a place of particular scientific interest. As part of a joint project, fungi experts from all over Germany have for many years been studying what species of fungi and lichens exist in this somewhat wilder part of the Black Forest. The project partners are the fungi work group from the Natural Science Association of Karlsruhe (NWV), the Karlsruhe State Museum of Natural History, the University of Greifswald and the regional council of Karlsruhe. All species found will be collected and stored at the fungal herbarium of the Karlsruhe State Museum of Natural History where they are available for further research. The highlight to date has been the discovery of a true primeval fungus, the lemon-yellow trametes.

More information on this fungi project

Does forest succession also effect or cause changes to the water? Surveying the Huzenbacher See

Another important task for the research team in the National Park is to monitor climate and soil changes. Known to specialists as long-term hydrological monitoring, one such project is taking place at one of the park’s lakes, the Huzenbacher See. The researchers wish to find out how the water in the lake changes over time. Does the water level rise or fall? Does the water become more basic saltier or acidic, cooler or warmer? The monitoring station that can answer all these questions was installed in 1989 by the Höhn Limnology Office located in Freiburg and was subsequently refurbished in 2015 by the National Park staff. Evaluating all of the water data can also help ascertain how forest and climate changes affect the water and in turn what this means for plants and fungi in the National Park.

Working together with sheep and cattle: maintaining the mountain heaths

In the long term, nature is to be left totally to itself in most parts of the National Park with no human intervention whatsoever. However some areas, such as those on the National Park’s borders, are exempt. So too are the upland pastures that have been grazed for hundreds of years by cattle and goats have become open heathlands which certain species, including  green mountain grasshoppers, adders and meadow pipits, have adapted to. Without human maintenance of such areas, these special animal habitats would be lost. The National Park is therefore committed to maintain the heaths along the Schwarzwaldhochstraße for the longterm. They will continue to be grazed by sheep, goat and cattle. Trees that manage to establish will be felled occasionally to ensure the heaths do not become overgrown. The development of these areas and their living communities is monitored by the researchers in the longterm. 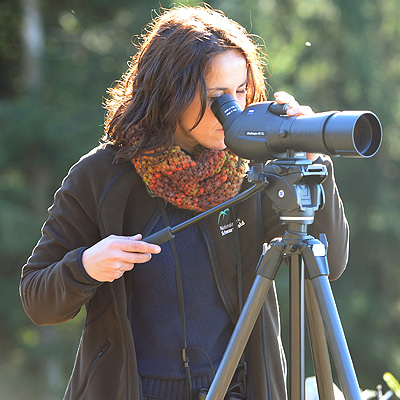 Research on nature and people

Research on nature and people

A variety of research is undertaken in the Black Forest National Park. And the focus is not only on nature but on humans too. Protecting the natural processes is of course the ... 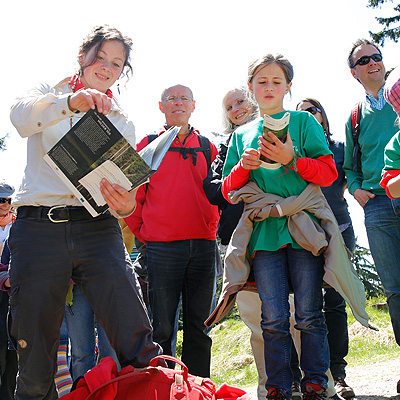 Humans not only have totally different ideas of what a forest should be like, their needs and expectations of nature in general, and of the National Park in particular, vary ... 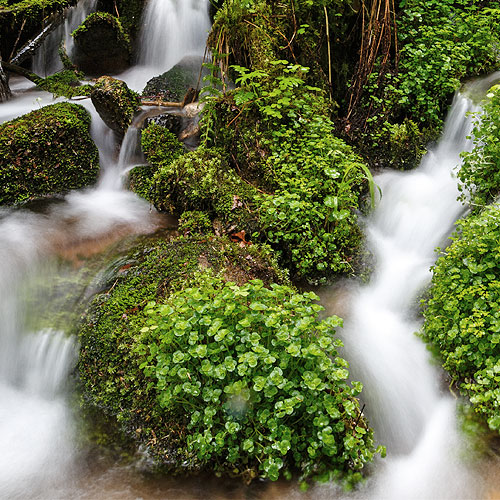